The breath clings in icicles, to the pillow and bedclothes, within the tent. Towels, hung up to dry in a close room with afire, or in the sun, are instantly stiffened into ice, and water freezes hard within three feet of a charcoal fire. By dint of excessive manipulation, I contrived to preserve my nose in a liquid form (so to speak). All the rest of my head and face was snugly packed in fox's fur, but in spite of everything, mу nose proved a projectile.

Capt. James Abbott, Narrative of a Journey from Heraut to Khiva (1843)

A chilling example of the white man's burden during winter Great Game activity in Turkestan by Capt. James Abbott. Most visitors arrive in summer for the other extreme in a dry country aptly termed 'the sunny republic', as every year brings over 300 days of sunshine and under 300 millimetres (12 inches) of rainfall.

Uzbekistan has an extreme continental climate due to its location at the centre of the Eurasian landmass. In the north of the country summer temperatures usually surpass 40°C, and winters are as cold as the summers are hot, with lows of 20°C or even 30°C below freeing not uncommon. Winter begins in late October on the plateau, and in late December in the south. January is the coldest month, and the winter generally lasts until April. The average snowfall nationwide is 5cm, rising to 10-12cm in the foothills.

Uzbeks explain their sharply continental climate, born of desert and mountain isolation from the sea, in terms of two 40-day chilla; the summer version from 25 June to 5 August and winter from 25 December to 5 February. During the former, expect afternoon temperatures above 40°C; during the latter, they may fall to -30°C, but most cities stay above -10°C.

Much of Uzbekistan is arid and has little rainfall. Humidity is generally low and annual rainfall is typically 100-200mm, stunting the growth of crops and other flora during the summer months. There is some regional variation, however, as the far south of Uzbekistan has a more tropical climate (complete with higher levels of humidity and rainfall), and the annual rainfall in the mountains can be as much as 900mm.

Travel is most pleasant from the brief later March/April spring that dusts the desert with floral colour until early June and from September to early November, when tree-lined streets shine in autumnal glory. Late March is a good shoulder season for travel; not too cold and with the interesting Navrus festival, but with few tourists and good off-season B&B discounts.

The burning heat of summer (July and August) is offset by low humidity, relatively cool evenings and bazaar stalls crowded with fresh fruit, and winter too is dry and sunny; Samarkand's fabled domes sparkle white only briefly. Khorezm is painfully cold and often windy after the beginning of November and Termez bakes on the Oxus from June to September. Mountain areas are refreshingly cool in summer, freezing cold and snowy in winter. Many B&Bs in Bukhara and Khiva close for the winter and then use March for extensive renovations in readiness for the coming season. 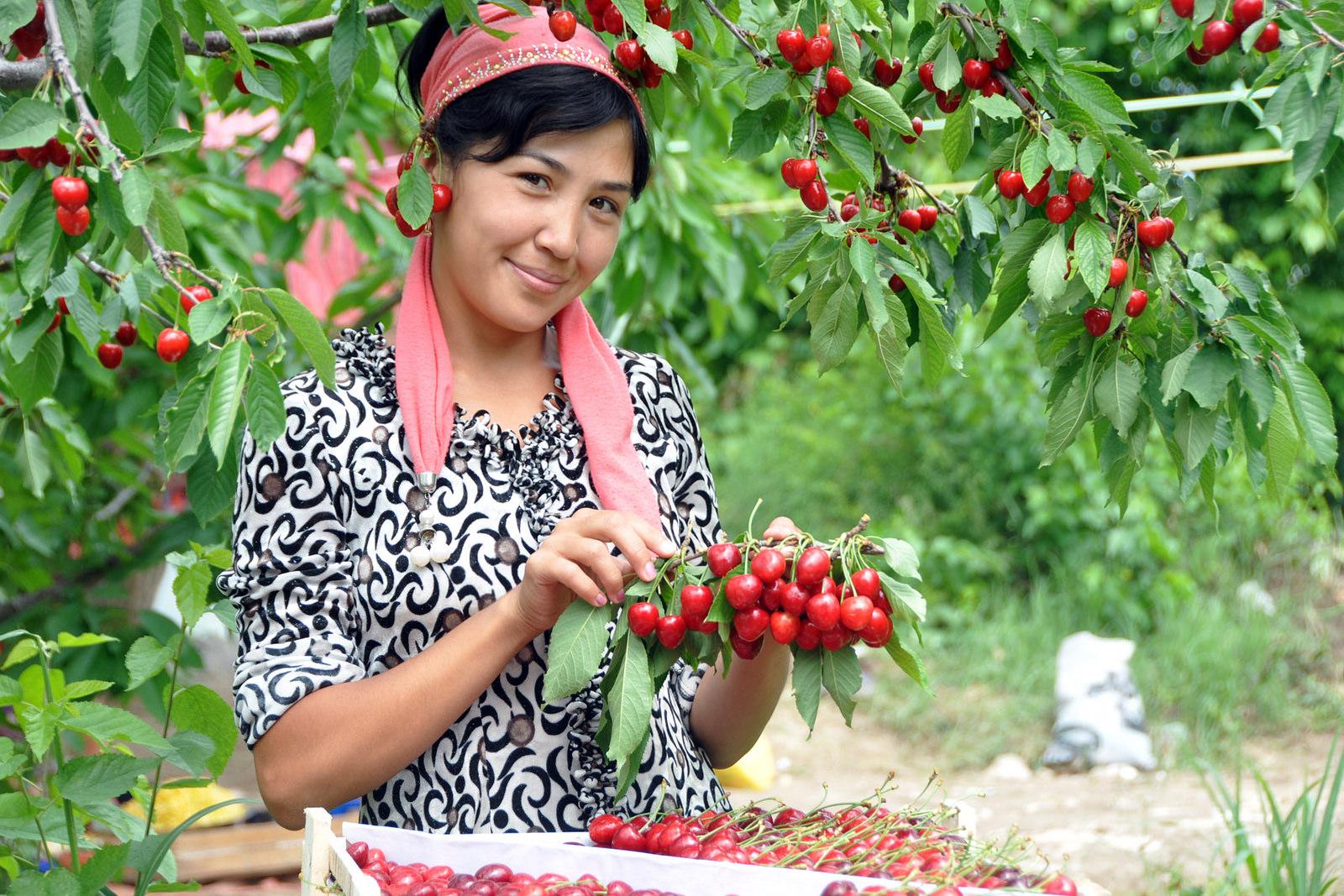 Uzbekistan is a year-round tourism destination, though most people choose to visit between May and October, as the winter months can be bitingly cold both in the desert and in the mountain foothills.

Spring breaks in March and April (slightly later in the mountains) and brings with it a riot of colourful flowers in the mountain pastures. The rivers are in full spate with the glacial meltwater, and the country comes swiftly back to life. If you visit in springtime, you may also be able to join in celebrations for Navruz, the Persian New Year (celebrated in Uzbekistan on 21 March). During this two-day festival, which is the national holiday, families feast, watch traditional sports including kopkari (horse racing) and kurash (wrestling), and there's plenty of musical entertainment. You'll i nvariably be asked to join in the fun.

The summer can be bakingly hot on the plains, particularly in July and August, but this is the best time to trek in the mountains and to try a night or two sleeping in a yurt. It's also the time of some of Uzbekistan's biggest festivals, including the UNESCO-backed Festival of Traditional Culture and Samarkand's International Music Festival. Expect plenty of pomp and circumstance if you're in Uzbekistan for Independence Day (1 September).

When autumn comes, Uzbekistan turns terracotta red and gold almost overnight. It's one of the most beautiful times to visit. Late September and early October is the ideal time to visit the big three, Samarkand, Bukhara and Khiva, as temperatures are still warm but many of the crowds have gone. By early November, the warmly dressed can have Khiva in particular almost entirely to themselves, though many restaurants and shops will be closing up at the end of their season.

In the winter months few tourists come to Uzbekistan, but that means you can negotiate favourable rates for hotels and tours. It's also the time for skiing: the resorts of Chimgan and Beldersoy have excellent snow from January to March, and you can even risk your neck heli-skiing for descents up to 10km in length.