Nukus (population 230,000) is a grim, spiritless city of bitter pleasures whose gridded avenues of socialism support a centreless town, only to peter out around fading fringes into an endless wasteland of cotton fields punctuated by the random, surreal exotica of wild camels loitering in neglected apartment blocks. It is the capital of Karakalpakstan, an ill-defined autonomous republic inside Uzbekistan and thus the regional centre and transport hub of the republic. Nukus is the provincial capital and therefore also the transport hub of Karakalpakstan. It is a grim and impoverished city of Soviet concrete and desperation, visited by few foreigners save NGO workers and environmental campaigners. Oh, and art lovers. For hidden in what is otherwise a desolate cultural wasteland is the world's finest collection of early 20th century Russian avant-garde art: the Igor Savitsky Museum. Otherwise, if you are not an art-lover, Nukus is best used as a base for visits to the Aral Sea and Kunya Urgench.

The Karakalpak State Museum, on the corner of Karakalpakstan and Dosliq/ Presidencia Streets, offers many wide-ranging insights into the region. The first hall concentrates on the region's dying or dead natural history, with satellite maps of the Aral Sea taken from 1957-1988 and stuffed examples of extinct species that once inhabited the reedy marshes of the Oxus delta and the stony desert of the Ust'urt plateau. The very last Turan Tiger, caught and stuffed in 1972, stands glassy-eyed in a corner, its moment of extinction frozen for all to mourn. Models of Toprak and Koi Krylgan Kala line the next hall, beside photographs of Tolstov's intrepid looking camel expeditions into the surrounding deserts. Karakalpak armour leads to a fine historic spread of Turkestan roubles, Bukharan Republic notes and Soviet currency emblazoned with 'Workers of the World Unite' in seven languages. There are also excellent examples of Karakalpak and Turkmen clothes and jewellery; the medium through which local nomadic creativity traditionally found its greatest artistic outlet.

The highlight of Nukus is the recently relocated Igor Savitsky Museum  (127 Rzaev; 222 2526; museum_savitsky@mail.ru; www.savitskycollection.org;  09.00-13.00 & 14.00-17.00 Mon-Fri, 10.00-16.00 Sat-Sun; foreign adult/student 10,000/7,000 som, guided tour 5,000/4,000 som), home to one of the finest collections of Soviet avant-garde art from the 1920s and 30s; an age of relative artistic freedom before the demands from the 'centre' changed in the mid-1930s and Stalinist socialist realism became the only acceptable form of Soviet art. Nukus's backwater obscurity enabled Savitsky to collect a wide spread of artistic life, from local folk art to Russian icons, at a time when the more celebrated museums in Moscow and St Petersburg had their wrists ideologically tied.

Like a ruby in the dust, the Igor Savitsky Museum (also known simply as Nukus Museum) holds the worlds second-largest collection of Russian avant-garde paintings after the Russian Museum in St Petersburg. It also has one of the largest exhibitions of archaeological finds and folk art anywhere in central Asia. Today the museum holds some 80,000 exhibits ranging from the Khorezmian art of Toprak Kala to Karakalpak cubism.

The museum is divided into five galleries. Uzbek Art of the 1920s and 1930s is a comprehensive survey of schools from realism to avant-garde, and the gallery includes the work of both Uzbek artists and foreign artists painting in Uzbekistan. The works show the important interplay of influences from East and West: architecture and decorative arts are drawn from Uzbekistan's Islamic traditions; artists such as Benkov, Koravay and Kashina depict the region's ancient cities; Nikolayev imaginatively blends the techniques of Italian masters and Russian iconography. There are also works of Impressionism, post-Impressionism and Futurism.

The most famous gallery is 20th century Russian Avant-Garde, a smorgasbord of post-revolutionary works that narrowly survived Stalin's curtailment of creative freedom and prescription of 'Social Realism' as the only acceptable form of Soviet art in 1932. Art that did not conform with Stalin's ideal was repressed and its artists persecuted.

Savitsky acquired works by persecuted artists (including M Sokolov, the murdered V Komarovskiy, and the Amaraveila group) and also paintings by then unknown artists. The works of artists such as R Mazel, P Sokolov, A Sofronova, E Ermilova-Platova and K Red'ko were not recognised, let alone appreciated, by anyone else until the late 1960s.

Savitsky Museum
Nukus
The highlight of Nukus is the recently relocated Igor Savitsky Museum, home to one of the finest collections of Soviet avant-garde art from the 1920s and 30s; an age of relative artistic freedom before the demands from the 'centre' changed in the mid-1930s and Stalinist socialist realism became the only acceptable form of Soviet art. Nukus's backwater obscurity enabled Savitsky to collect a wide spread of artistic life, from local folk art to Russian icons, at a time when the more celebrated museums in Moscow and St Petersburg had their wrists ideologically tied. 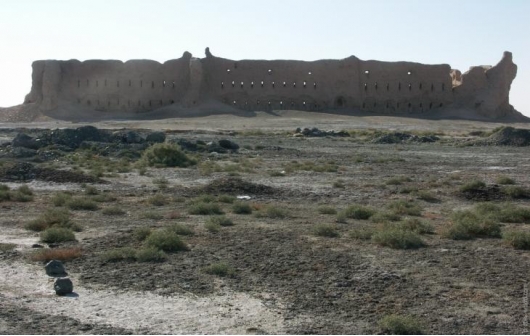 Gyaur-Kala
Nukus
"The Fortress of Infidels" – this is how the name of this ancient settlement is translated. This fortress was built approximately in the 4th century BC. Its ten-metre walls impress with the power. 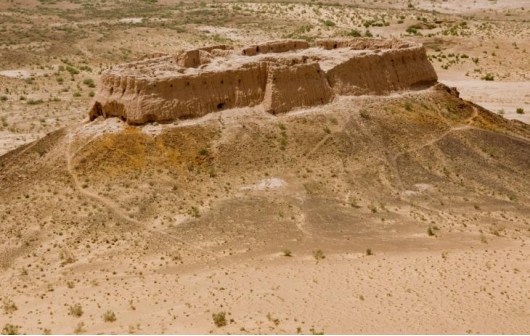 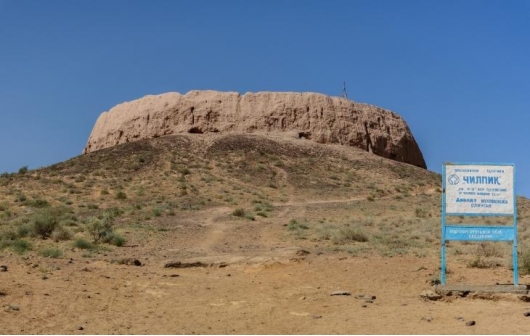 Chilpyk - Zoroastrian Tower of Silence
Nukus
Chilpyk is a round roofless tower, 15 meters high and 65 meters in diameter, built at the top of the rounded natural hill, 43 km away from Nukus. The Zoroastrians used it for burial of the dead. The remains of the deceased were thrown in the tower to the birds of prey.
Tours in Nukus
View all tours in Nukus

Sudochie Lake tour
Nukus – Kungrad – Usturt Plateau – Sudochie Lake – Nukus (600 km – 8 hrs)
$200 1 days
View details
Day tour to Sudochie Lakes - stop at one of the most ecologically intact zones of the Amudariya river delta and a key location for the preservation and maintenance of the biodiversity of the region. The lakes support many breeding waterbird species including rare and disappearing species, all using the Western-Asian migratory route.
Other hotels in Nukus
View all hotels in Nukus