The district centre of Zaamin lies 75 kilometres southeast of Dzhizak on northern slopes of Turkistan Mountain Ridge, at height of 2000 meters above sea level along an uninspiring road that traverses a dusty steppe and former collective farms before taking a last minute turn up into the rolling hills and snow-capped mountains that ring Tajikistan. From Tashkent it will take around 5 hours to get here (3 hours to Jizzakh, and the rest to the park).

Beautiful mountain landscape, pure air and abundance of sunlight, through dusty collective farm country where web-like wooden carts bump through barren fields. The second-largest town in the medieval principality of Usrushana, Zaamin stands at the edge of the parched steppe before the rolling slopes of the Turkestan range that leads to Tajikistan. The road to the mountains passes a number of Young Pioneer camps before climbing a ridge above a beautiful hill-ringed reservoir.

At the park entrance, visitors must register and pay a small admission fee. Beyond stretch 47,000 hectares of national park, established in 1926 as the first nature reserve in the republic. It covers around 460km2 of apricot orchards, juniper forest and alpine meadow and is crisscrossed by four rivers, the Aldashmansoy, Baikungur, Guralsh and Kulsoy. 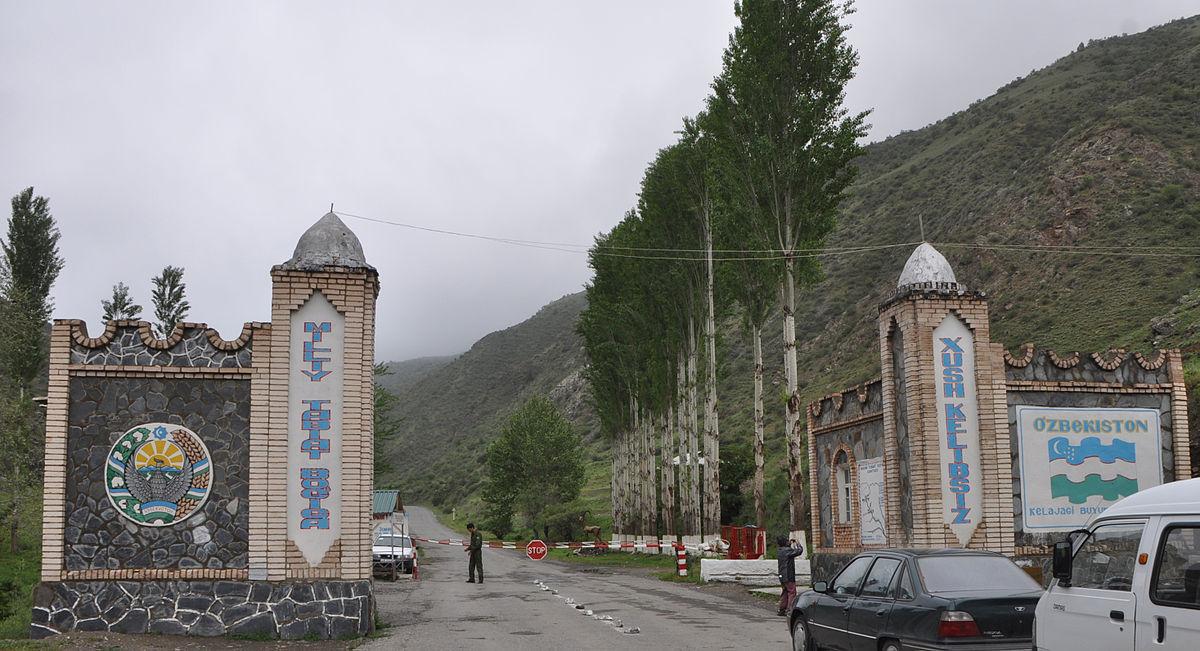 The road winds with the Zaamin river up through apricot orchards of Uryuklisai gorge, on towards juniper-green mountain slopes. The park entrance lies just above a large, manmade reservoir where you can swim and camp in the summer months (mosquito repellent is advised if you do the latter). 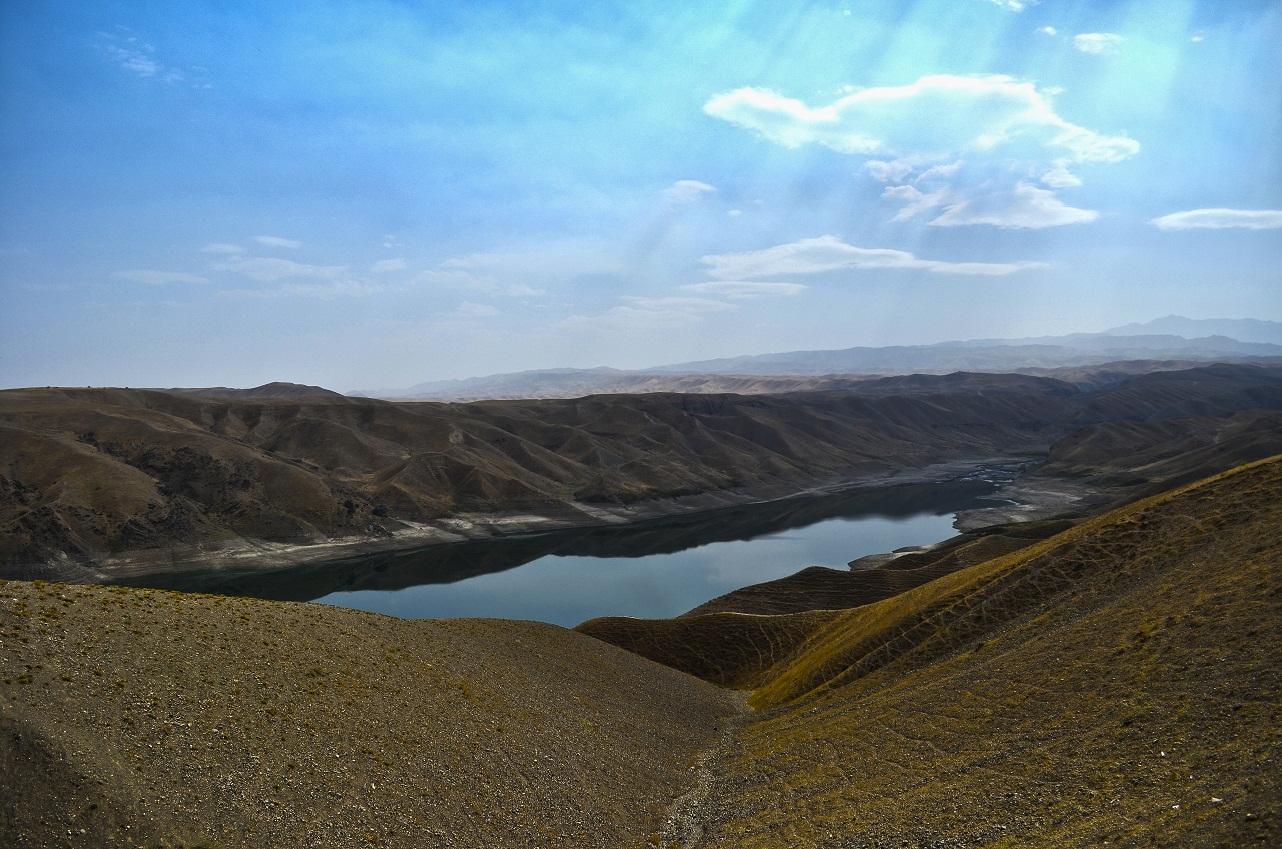 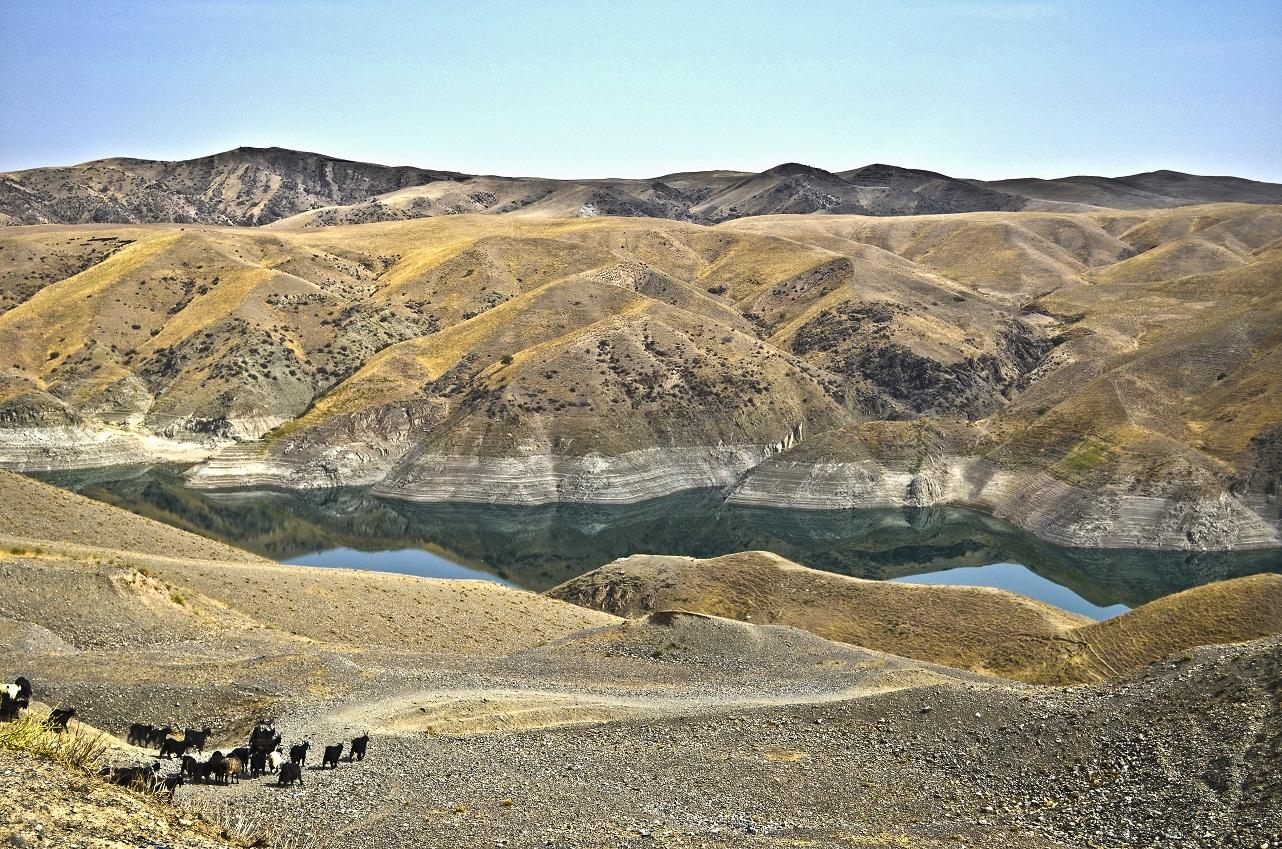 In the 1970s, a futuristic sanatorium was built in Zaamin for lung patients (there is a curative air in the park due to mountain juniper forests). The sanatorium is where all the activity of locals is concentrated - the market where they sell herbs, honey and lamb baked in tandoor, as well as several basic cafes. Once there try shish kebabs (besides apart from kebab you would hardly find anything else) which is very tasty. Near the water spring they sell a same range of mountain goods: dried herbs and salted cheese balls. 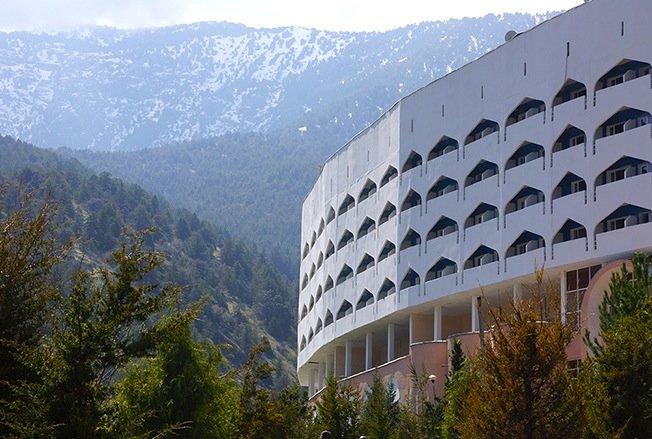 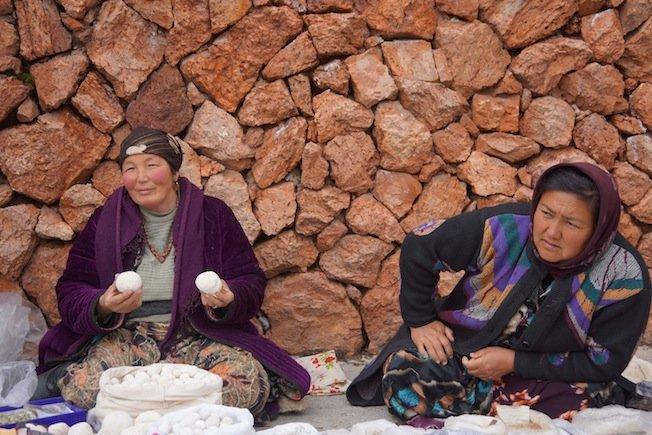 The visitor centre (situated inside the sanatorium) lies a short way further on in the Uryuklisai Gorge, though you're unlikely to have much use for it. At the head of the gorge is one of the park's most striking sites, the 100m Sharilak waterfall, the course of which was diverted artificially to entertain the demanding clientele of the Sharshara Dacha and to soothe presidential slumber with the sound of running water so cherished by Uzbeks as a fond reminder of rural idyll. For local day-trippers the main destination is the dacha and surroundings in Zaamin, but the real spectacle lies over nearby Suffa Pass, where alpine meadows climb to 4,000-metre peaks like Shaukartau and triple-headed Tokalichuk. Here Kyrgyz nomads make their camp.  Trail routes cover 150 kilometres of great diversity, from the river canyons of Kulsai and Guralash to mountain passes over 3,000 metres.

The ring of peaks, several of which climb to more than 4,000m, make a spectacular setting, especially in the early evening when the sky turns burnt orange and there's not a sound in the air save for the breeze and the twittering of birds. A new observatory is under construction, and around 150km of designated trails give walkers and wildlife spotters ample opportunity to explore. If you leave the trail, keep your eye out for animal tracks and, if you're really lucky and the area is quiet, the animals themselves: Turkestan lynx, bearded vultures and Asian black bears can be potentially spotted. A pair of binoculars will come in useful. 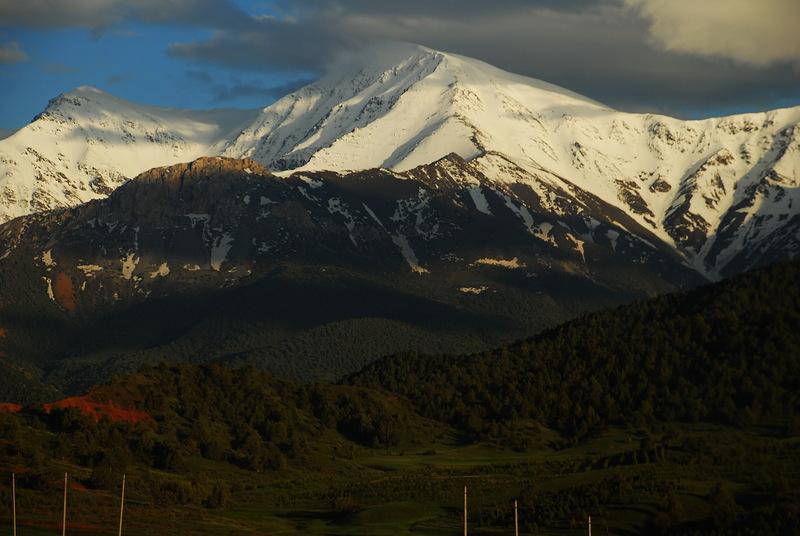 Spring and summer boast the brightness of red tulips and white acacias, while autumnal gold shines from hazelnut and birch trees. Some 700 plant species and 30 medicinal herbs have been studied here, while there are 40 species of mammal and 150 types of bird, including the endangered Turkestan lynx, snow leopard and Asiatic black bear. Remote Chortangi gorge is home to the rare bearded vulture and the black stork, driven almost to extinction by superstitious belief regarding it the antithesis of the auspicious white stork. Visitors are more likely to spot a squirrel-like tree dormouse, a porcupine or badger at twilight, and hear the startled cries of a partridge, nuthatch or bluebird.

Part of the Suffa Plateau is giving way to a new observatory and workers' housing, but more traditional ways of life survive in the felt yurts of the Kyrgyz nomads who roam with age-old abandon over high national borders. 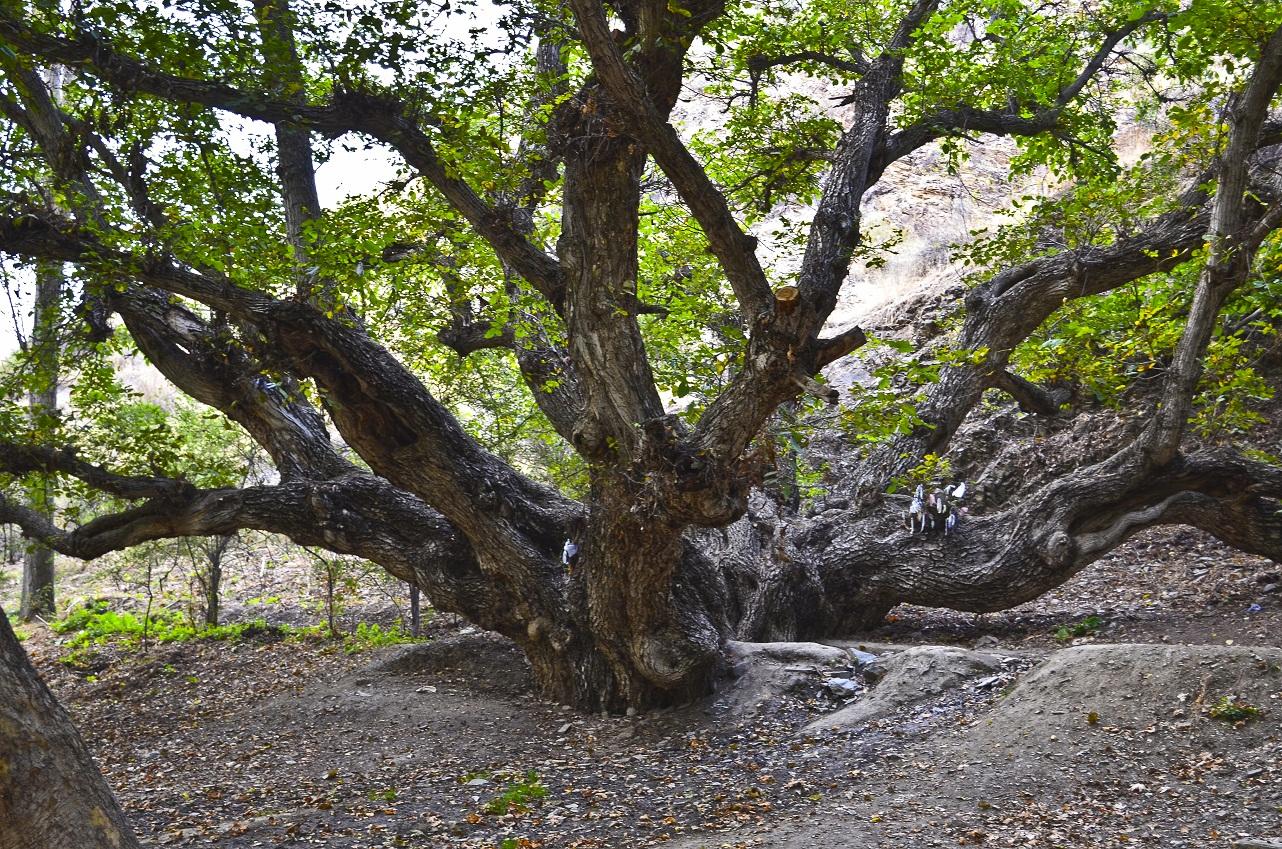 In 2012, a 350m ski slope for beginners was constructed close to the sanatorium. Active visitors with a passion for mountaineering may also use the park to attempt an ascent on Shaukartau and Tokalichuk, though both climbers and skiers will need to bring their own equipment.

The choice of accommodation in Zaamin is very limited: several guest houses in villages outside the park and a couple of mini-hotels on the territory. Dining is guest houses or in the teahouses at the sanatorium. For those accustomed to a five-star vacation Zaamin has nothing to offer yet.

In addition to the enchanting nature, Zaamin is famous for its ancient monuments, deep caves, gorges with footprints of dinosaurs and many other unique landmarks. 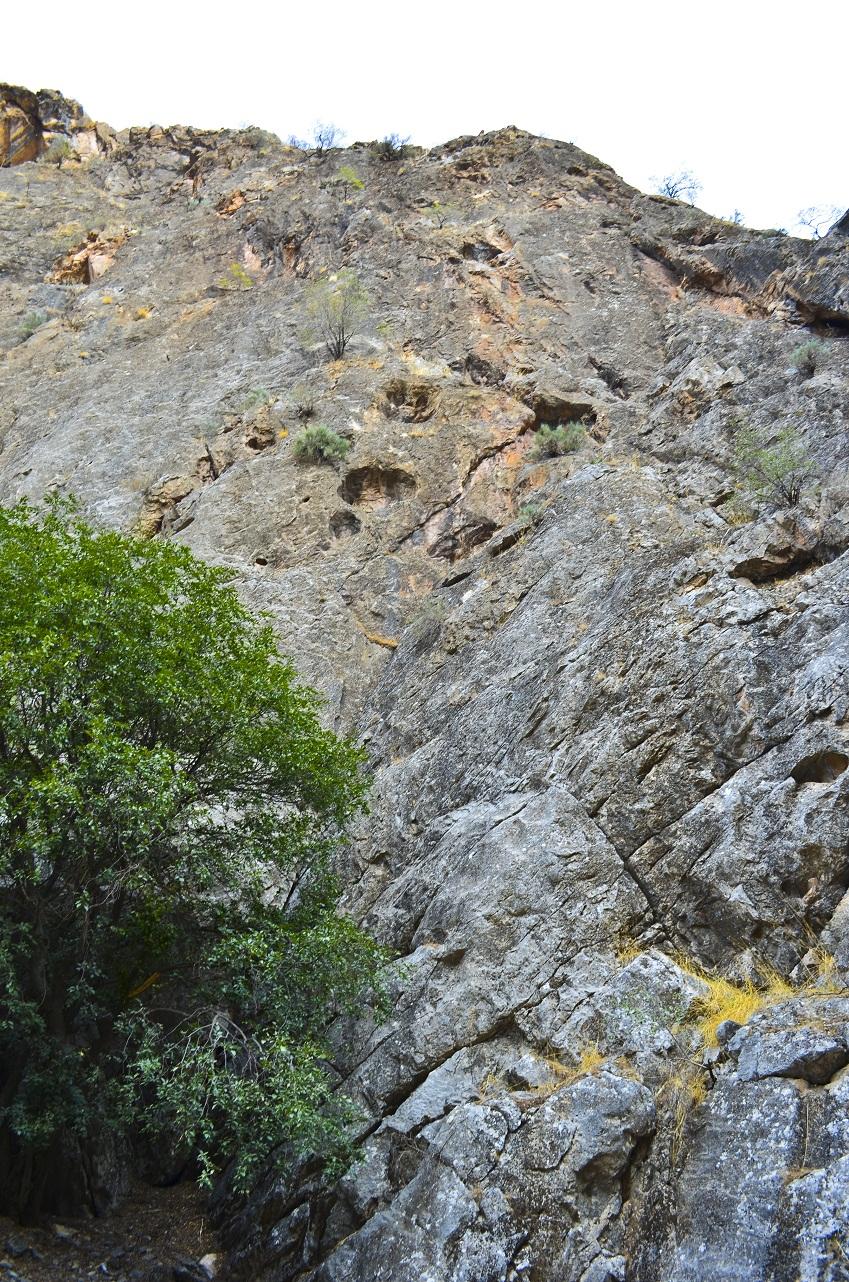 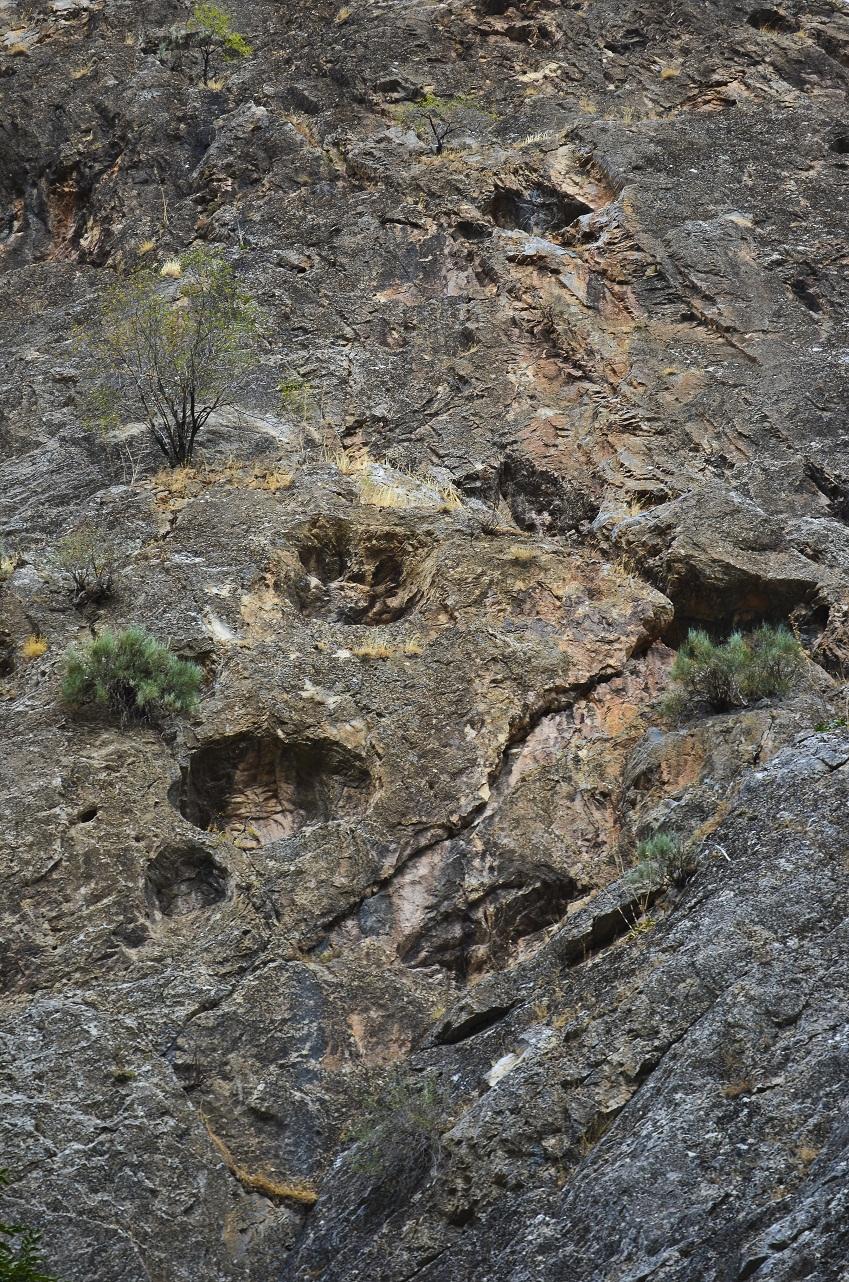 Hired cars from Dzhizak are the easiest, and most expensive, way to explore the park. Otherwise take a public bus from Dzhizak to Zaamin town and hitch from there to the park. Getting rides within the reserve is rewarding for the very patient.