This is a short although intensive tour to give you an idea about the country and an attempt to show its main landmarks, various landscapes, introduce to ancient history, modern realities and meet a true hospitality of the Orient. Home to some of the region’s most friendly people, and one of its least visited destinations, Turkmenistan is a country that offers a fascinating mix of tradition, culture and historical pedigree.

Beginning in Ashgabat you will have a chance to explore the Turkmen capital - a home to the world’s highest concentration of marble buildings, before going on to explore Door to Hell. Darwaza is certainly the highlight of Turkmenistan travel and also one of the main reasons why travelers come to Turkmenistan. This is a truly mind blowing experience. You’ll drive through the Karakum desert to spend the night wild camping under the stars near the peculiar Darvaza Gas Crater.

Upon return you will continue to the town of Mary, your gateway onto the Bronze Age wonders of recently uncovered fortress of Gonur Depe and the ancient ruins of Merv, a UNESCO World Heritage Site that was once believed to be the largest city in the world.

Tour ends at the Turkmen-Uzbek border post "Farap" and is ideal for those who proceeds further to Uzbekistan. It could be modified in the reverse direction and be finished at the Turkmen-Iran border, depending on what travel itinerary you have and how many days you can allocate for the country.

Arrival to Ashgabat, the Turkmen capital. At the airport, you will be met by our representatives and will be accommodated at Grand Turkmen Hotel. Free time.

Then you will see Ruhyyet Palace, Wedding Palace, modern “Yildyz” Hotel, Arch of Neutrality, Monument and park of Independence, Ertogrul Gazy mosque, and other beautiful places of Ashgabat city.

Breakfast in the camp. In the morning, drive to visit "Altyn Asyr" Orient Bazaar (Tolkuchka) located in 20 km to the north of Ashgabat. It is one of the largest open bazaars in the world filled with colourful carpets, jewellery, silk and national Turkmen costumes and animals.

Then drive to Darwaza burning Gas Crater. The Crater is also called as "The Door to Hell". The Darwaza area is rich in natural gas. While drilling in 1971, Soviet geologists tapped into a cavern filled with natural gas. The ground beneath the drilling rig collapsed, leaving a large hole with a diameter of 60 m and 20 m deep. To avoid poisonous gas discharge, it was decided to burn it off. Geologists had hoped the fire would use all the fuel in a matter of days, but the gas is still burning today. En-route we cross Karakum desert, will make a stop at small desert village. In the evening, watch the spectacular and fascinating view of the gas crater. BBQ Dinner at Gas Crater. Overnight in camp.

Picnic style breakfast in camp. After breakfast, drive toback to Ashgabat. Arrival& transfer to café where you can have lunch by your own.

Breakfast at hotel. Morning drive to Gonurdepe (90km, 3h). Gonurdepe was a capital of Margush (Margiana) country that occupied an area of more than 3000 sq. km and consisted of 78 oasis and more than 150 compact settlements. The American newspaper "Boston Globe" wrote that before we had known four oldest centers of the world's civilization: Egypt, India, China and Mesopotamia, and now due to the fantastic results of the Margiana expedition it is quite possible to think that there was another, the fifth center. Lunch box at the sight.  Drive back to Mary city. Overnight at Mary Hotel. 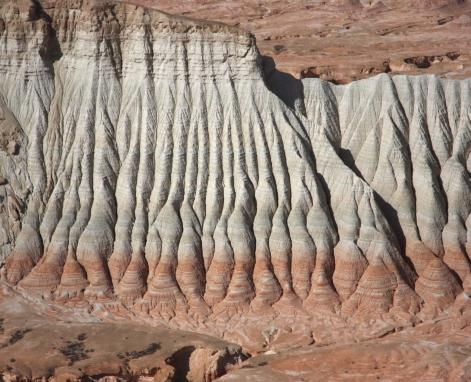 Recommended
Turkmenistan: off the beaten track
Ashgabat – Nohur – Karakala – Dehistan – Balkanabat – Yangykala Canyons - Ashgabat
7 days
View details
Turkmenistan is, without doubt, the least known of the Stans and probably the world's most bizarre country. Long touted as ‘North Korea with oil’, this Central Asian country sees five times fewer visitors each year than Kim Jong Un’s secretive nation, but that’s all the more reason to visit Turkmenistan. Sandwiched strategically, somewhat precariously, between Iran and Afghanistan, this state will amaze you with for a few wild travel moments. Being well off the tourist trail, you’ll find genuinely curious people, proud to let you in on their fascinating history and traditions, and ply you with the best things in life. 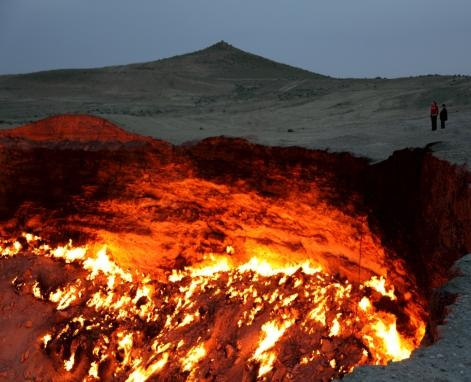 Recommended
Turkmenistan: Door to Hell
Ashgabat – Darwaza – Kunya Urgench – Shavat
4 days
View details
This is a sample tour giving you a brief introduction with Turkmenistan’s two major landmarks: its capital Ashgabat and Darwaza gas crater dubbed as Door to Hell. Sandwiched strategically, somewhat precariously, between Iran and Afghanistan, Turkmenistan will amaze you with for a few wild travel moments. Being well off the tourist trail, you’ll find genuinely curious people, proud to let you in on their fascinating history and traditions, and ply you with the best things in life.