The two reasons you might come to (or through) Dzhizak are both located out of the city. Timur Darvaza (Timur's Gates) mark the narrow opening to the Zarafshan Mountains, the bottleneck that numerous soldiers have sought to defend (or at least died trying). 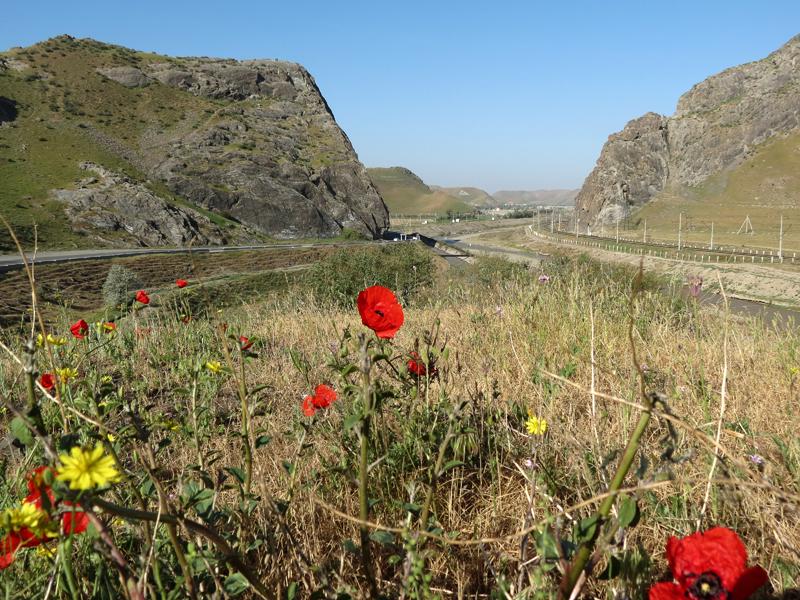 On the left at the photo above is the end of the short Malguzar ridge, on the right is the beginning of Nuratinsky ridge that stretches for almost 200 kilometers with altitudes of up to 2136 meters, covering agricultural Sogdiana from the north. Under the Nuratinsky ridge is the railway, under the Malguzar one - the highway, and on the slopes further - the geoglyphs- advertising characteristic for Central Asia 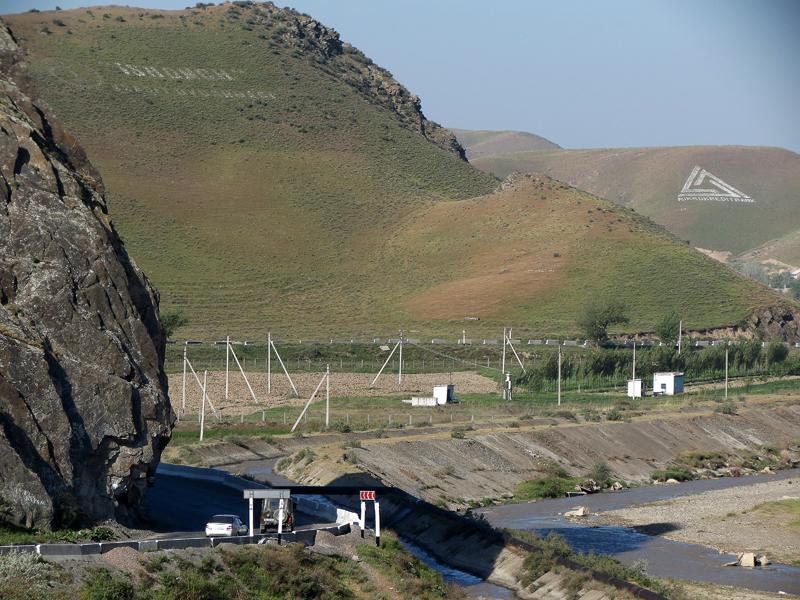 Closer similarities with the gates are even more noticeable. Of course, the people have a legend that they were built (or even the mountains were split with bare hands) by Timur himself. It should be noted that the great conqueror was mainly leading his armies from his Samarkand to the south, to India, Persia, Asia Minor, and even to Russia he came through the South Caucasus after crushing the Golden Horde. But through the valley of Senzar he made his first (1371-90s) campaigns on Mogulistan - the eastern part of Central Asia, to which in Russian Turkestan belonged Fergana, Kirghizia and especially Semirechye. 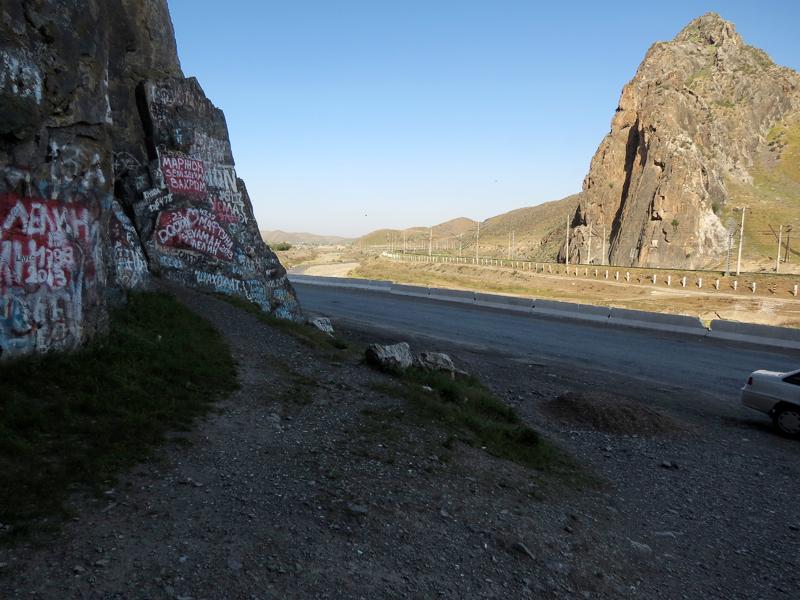 In Malguzar leaf one can find a small grotto of indecent shape: 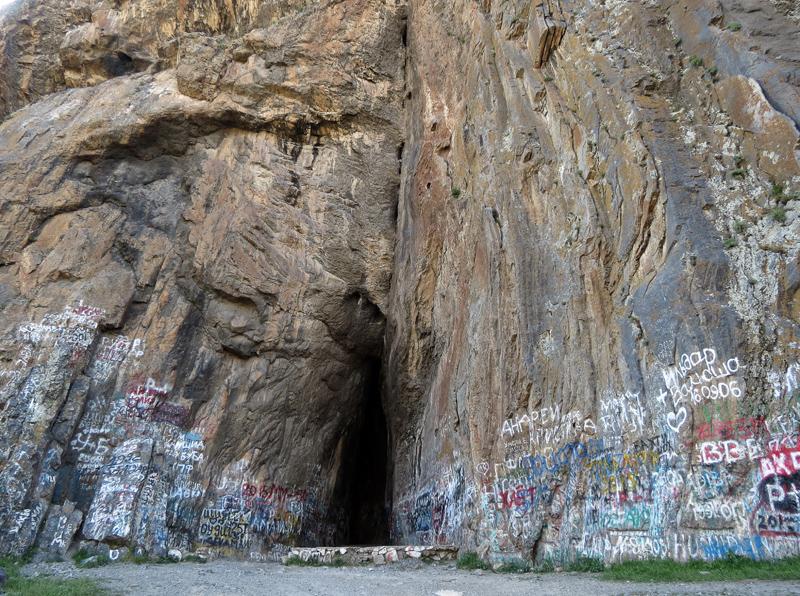 Below is the view from the opposite side 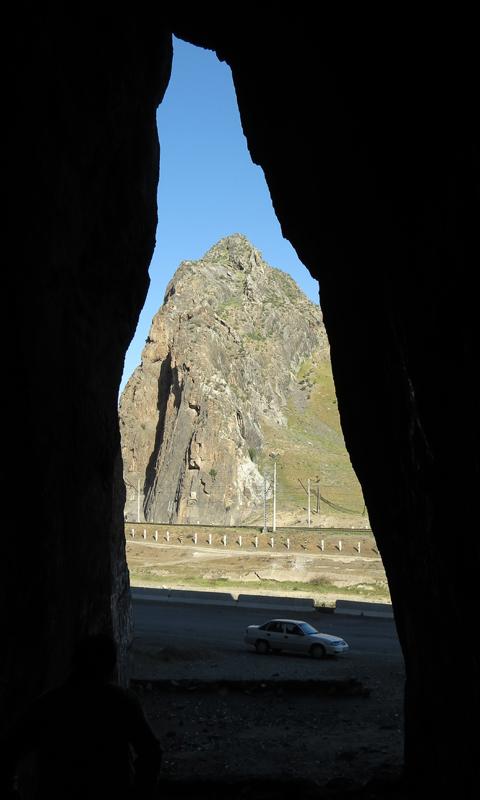 On the photo above you can see on an opposite rock an even surface and a white square on it. These are inscriptions in the Persian language made by Tamerlane’s descendants ... These inscriptions are not easily spotted for those who stand beneath, so here is some pictures to help you locate them easier. 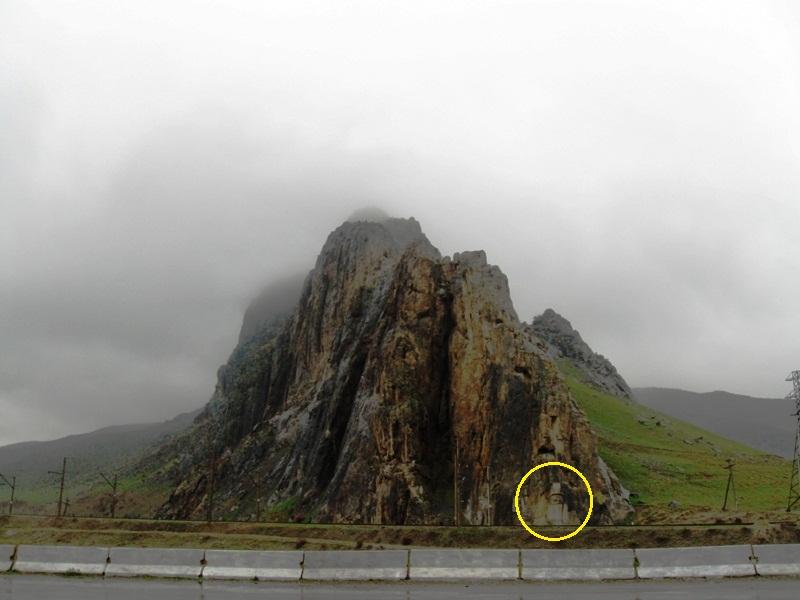 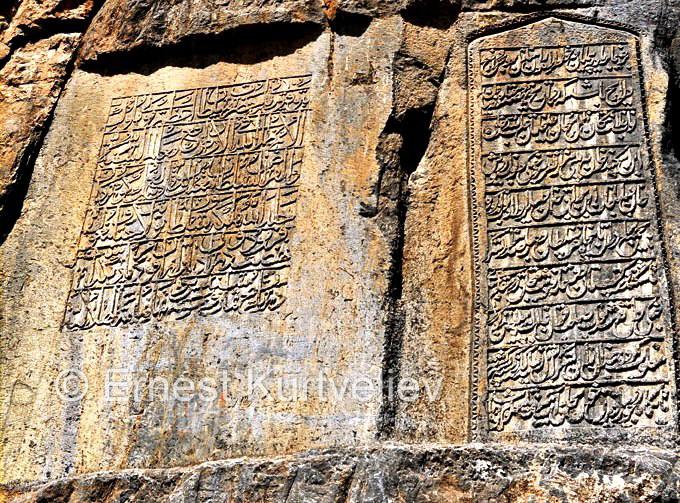 Ulug Beg left an inscription here to mark his triumphant return home in 1425; other historic inscriptions are sadly hidden amongst the modern graffiti. Here is the translation of inscriptions from Arabic.

Year 1425.  "With the help of the Lord God, the great sultan, the conqueror of kings and nations, the shadow of God on earth, the support of the decrees of the sunnah and the law of God, the sovereign, who will help the faith, Ulugbek-Gurgan (may God prolong his reign) embarked on a campaign in the country of Jets and Mongols and from those nations returned safe to these land, in 828 new moon year ».

Year 1571. "Let those who pass the desert and travel through the wilderness on land and water, that in 979 a battle took place between the detachment of the caliph, the shadow of the Almighty, the great Khan Abdullah Khan, the son of Iskander Khan, of 30,000 soldiers, and the detachment of Dervish- Khan and Baba Khan and other sons. The aforesaid detachment had in total: the relatives of the sultans up to 50,000 people and servants up to 400,000 from Turkestan, Tashkent, Ferghana and Desht-i-Kipchak. A detachment of the lucky owner of the stars won. Having defeated the mentioned sultans, he put to deaths so many from that army that the blood of those killed in battle and in captivity covered the surface of Djizak river within one month. Let it be known " - the second inscription is about the very same Abdullah Khan II from the Sheibadin dynasty, who built the Kukeldash Madrassa near Chorsu after conquering Tashkent from the local feudal lords.

Once there also was the third inscription: "Nicholas II in 1895 ordered:" To be a railway! ". In 1898 it was executed." But that inscription was on a bronze tablet that did not survive the revolution.

To approach the ancient inscriptions is not that easy as it might seem (unless smb is ready to jump of off the train!). There are neither roads on that side, nor a bridge over Sanzar near the gate, and this apparently saves medieval texts from vandals.

On the other side, the Tamerlane Gate is even more spectacular: 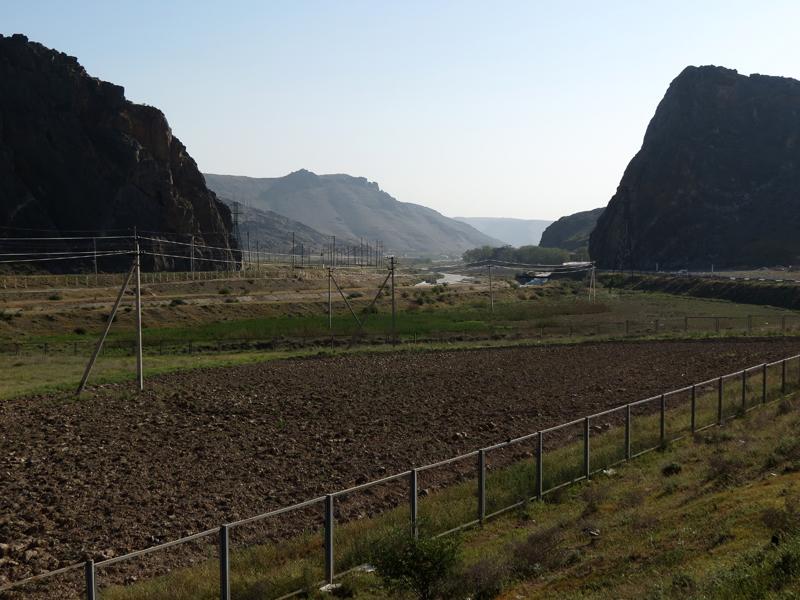 And in April the red poppies bloom with all the might on surrounding slopes and main in the light of the beautiful and cruel history of Turkestan one can’t help comparing them with the drops of blood. 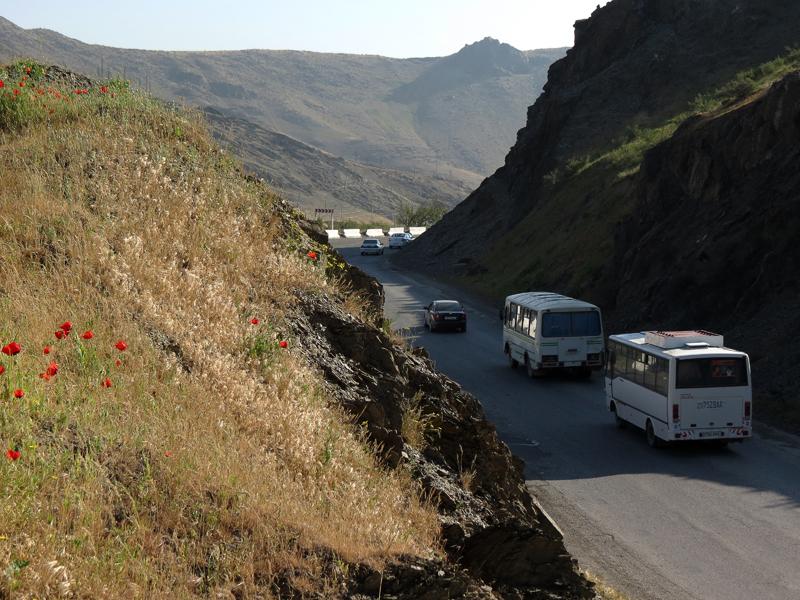 Although the site itself is in some ways unimpressive (there are no structures to see), it's a place charged with history and you can easily appreciate its strategic importance in keeping invading hordes at bay. The Dzhizak-Samarkand minibuses pass right by, so it's easy to jump off, take a look, and hop back on the next one passing through.